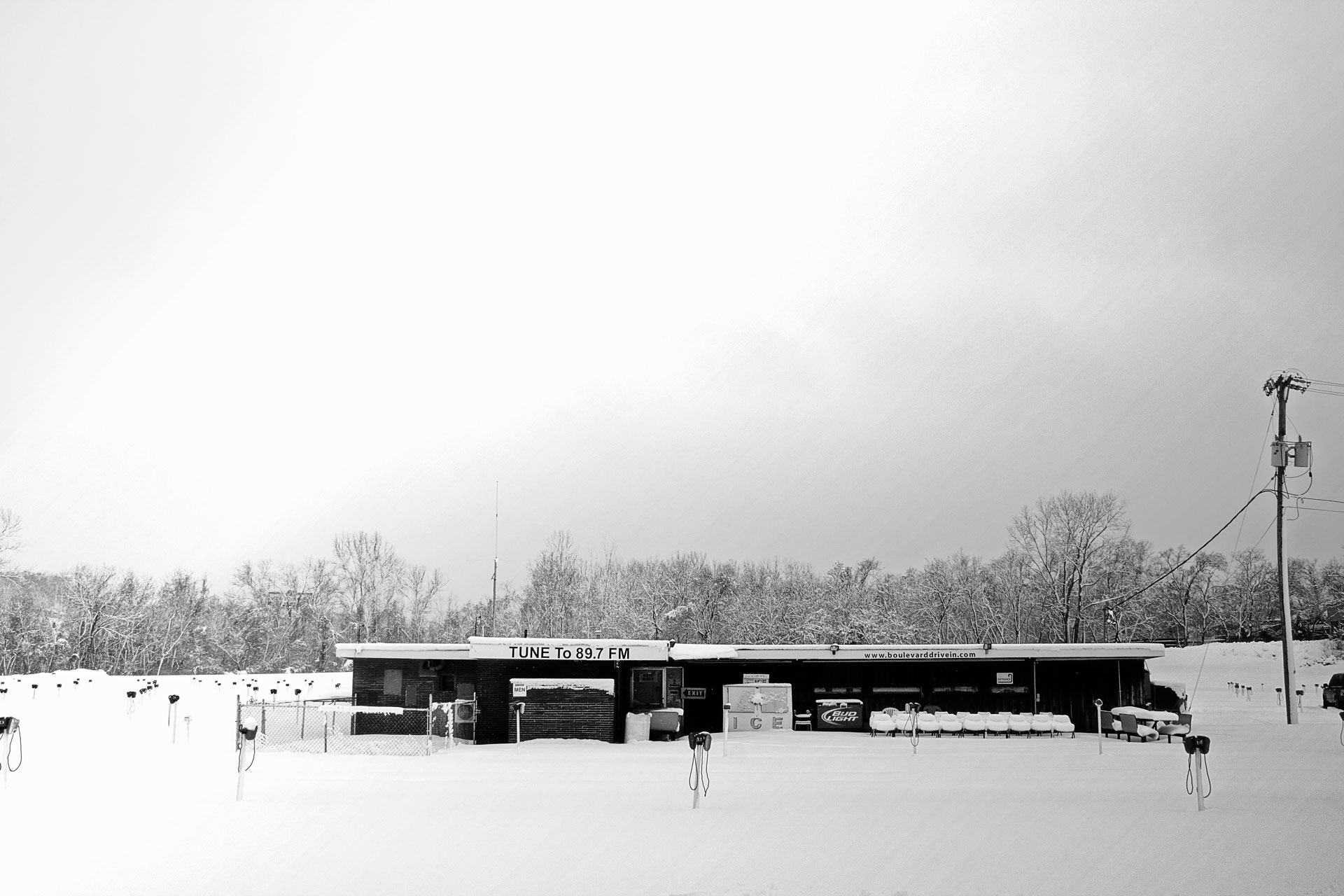 The story of the Boulevard Drive-In

Let’s go on a tour of the drive in. The marquee was a little bare in the beginning. A little later, the supports were covered with sheet metal and a planter added underneath. All the lighting was neon except for the yellow arrow. In 1999 the old white panels were replaced with new white lexan and new fluorescent lights installed inside the panels which made for much brighter luminescence. The moon and the star were also then added.

Everyone likes our curved drive way with the overhanging trees. The evergreens, however, are getting old now and are not as attractive as they once were. The lawn is still beautiful in the spring and summer.

The box office is still pretty much original, except for the signage which is about 4 years old.We refer to the field as that area which is inhabited by the speaker posts. Some may call it the Llanos Estacados or the staked plains.

There are now 600 speakers in the field that is as it was in 1950, however in the late 1950’s we added another 100 speakers around the perimeter, which brought the total to 700. In the late 1970’s we did not need the extra speakers so they were removed.

The original screen was constructed completely out of wood. It measured 45 feet high and 60 feet wide. In March of 1971 during a movie a strong wind tore out about a third of the screen. It fell to the ground in the playground below.

The tower was then replaced with an all metal screen 75 feet high and 100 feet wide. Now 30 years later that tower is still in pretty good condition. We have to repaint it only every four to five years.

In June 1975 we opened a Swap & Shop or Flea Market, if you will. It sort of poked along until 1981 when the radio station, 61 County, sponsored a free Swap & Shop at the Drive In. Jim Tyler and David Lawrence were the hosts. It was a big success. We had people from all the adjoining states. There was not an open parking space within 2 miles of us. That put our Swap & Shop on the map. The Swap pulled us through some lean years in the late 1980’s and early 1990’s, thanks to WDAF radio’s Jim Tyler and David Lawrence.

The original snack bar was expanded in 1955. The owners at that time did not anticipate the amount of traffic that the theatre had created. They added new restrooms to the building so they were much larger and had an outside entrance. This created more storage space.